Wow. Here's another Arthur Rackham illustrated book I'd never seen before, until I stumbled into it a few days ago. The illustration, Dance of Spring, is gorgeous, with both grace in the figures and unexpected cartoonish humor in the flying insect-like winged creature in the upper right hand corner wearing a caricature of Rackham's face, along with the Arthur Rackham "self portraits" repeating in the border framing the painting, as printed in the book, Snickerty Nick and the Giant  by Julia Ellsworth Ford.

Snickerty Nick is a play for children with a giant named Baron Bill-Arron Bomberrum, a dwarf named Snickerty Nick, The Little Boy, The Children, Winter's Gnomes, and Spring's Faeries, published in 1919 by Moffat, Yard & Company.

Quoting the author from the foreward:

"To Arthur Rackham I tender my most sincere thanks whose magic touch as in Peter Pan, Grimm's Faery Tales, and Undine, making real all faeries and gnomes, endears all child life to grown-ups as well as to children." ~ Julia Ellsworth Ford 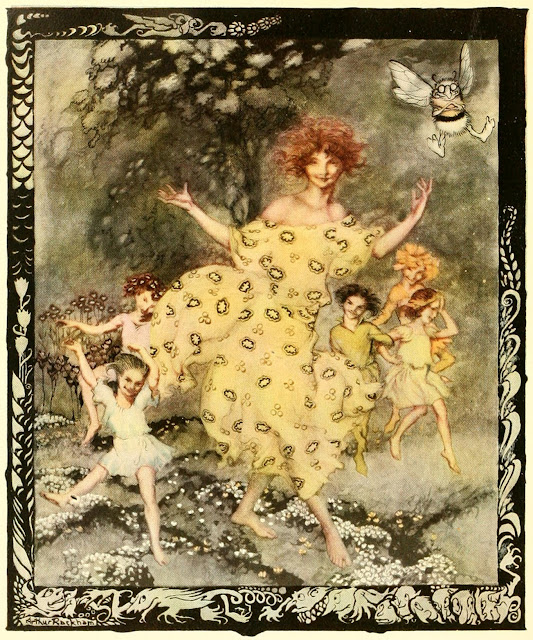 Arthur Rackham ~ 1919
Snickerty Nick and the Giant
Dance of Spring﻿ 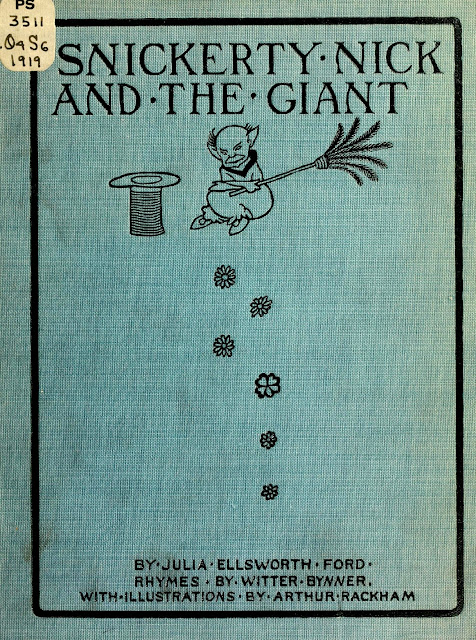 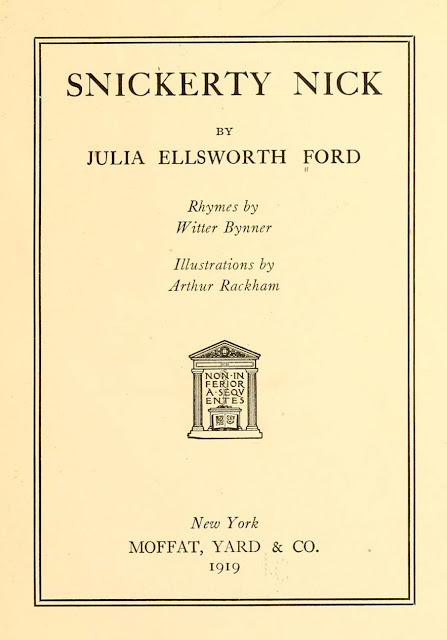 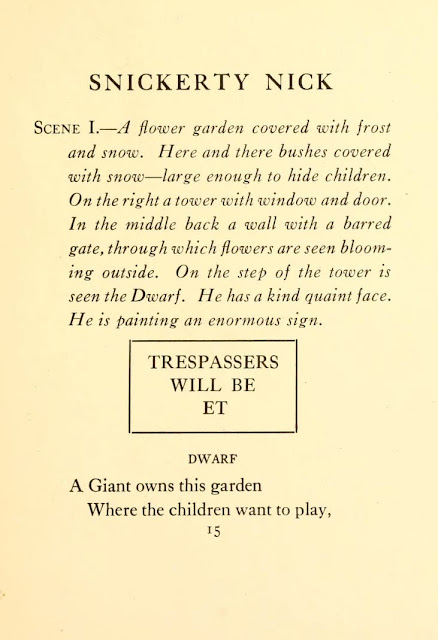 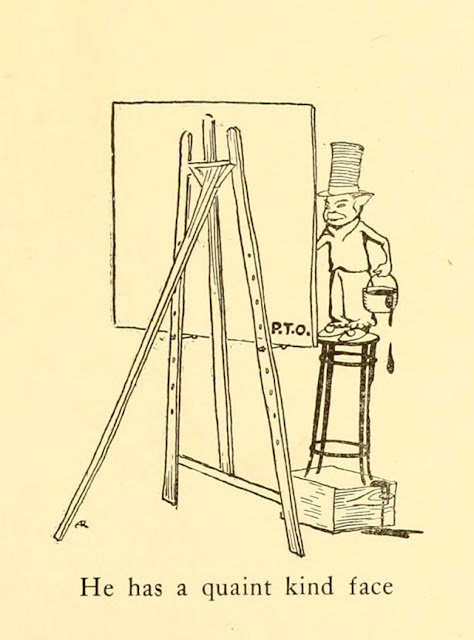 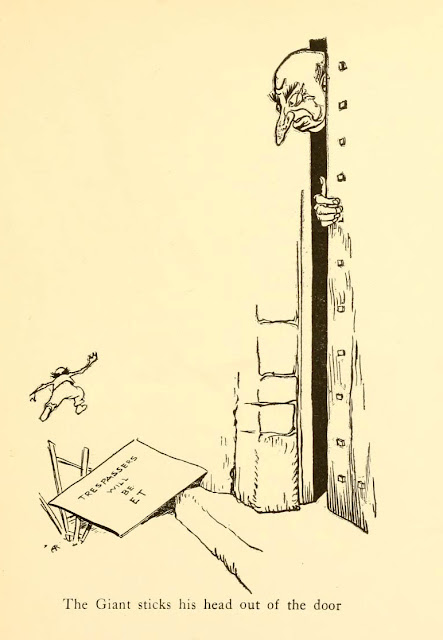 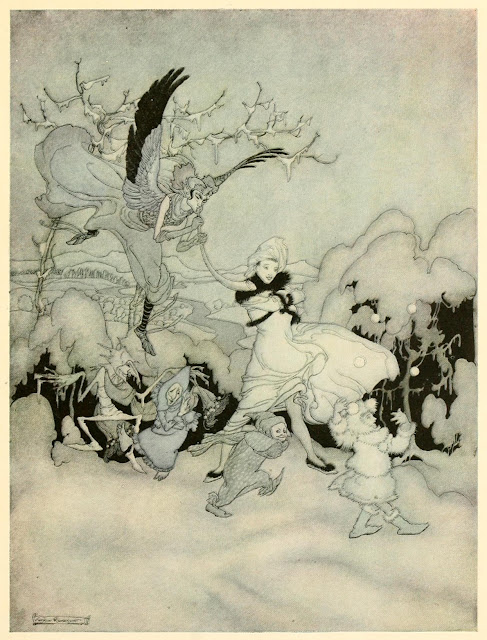 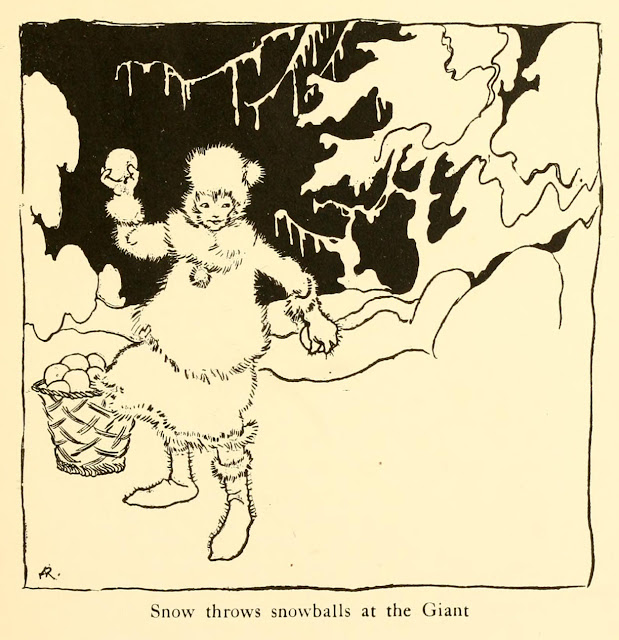 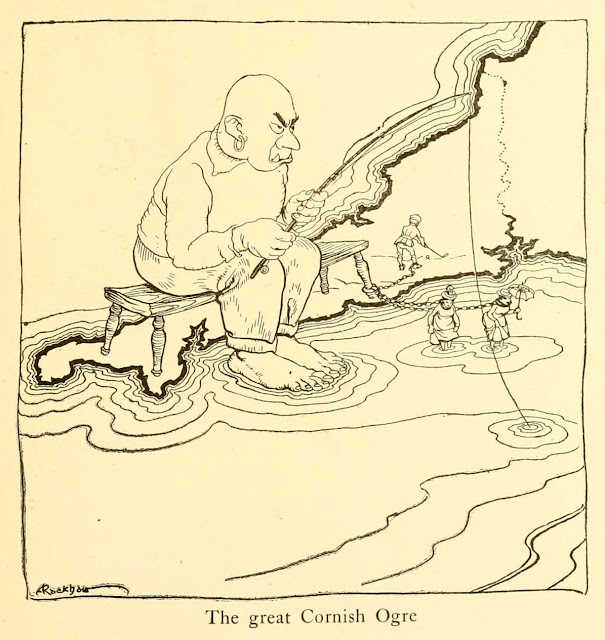 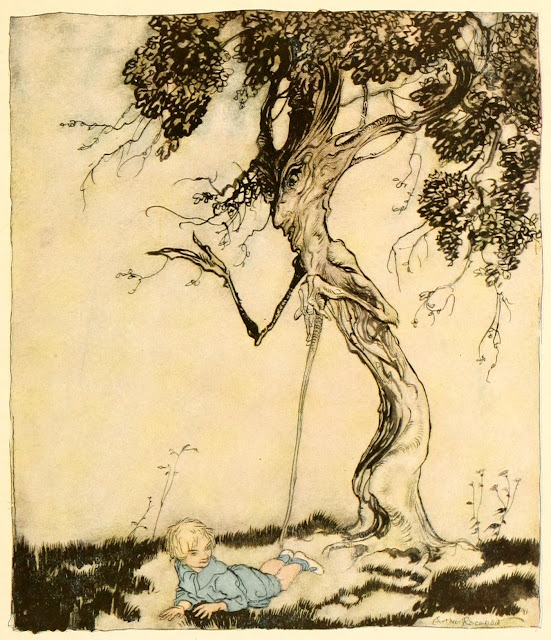 Arthur Rackham ~ 1919
Snickerty Nick and the Giant
The Little Boy 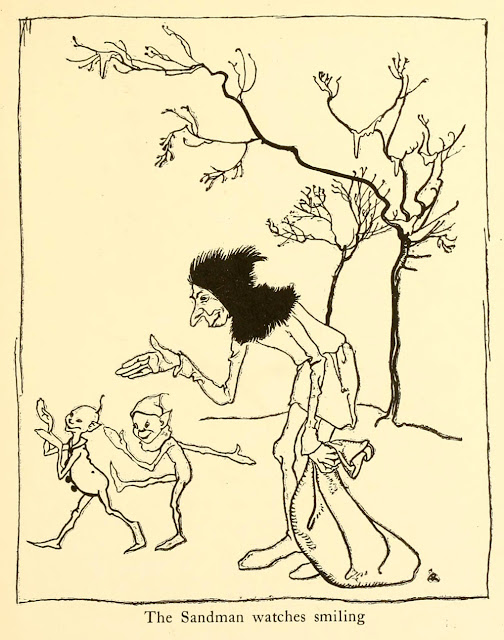 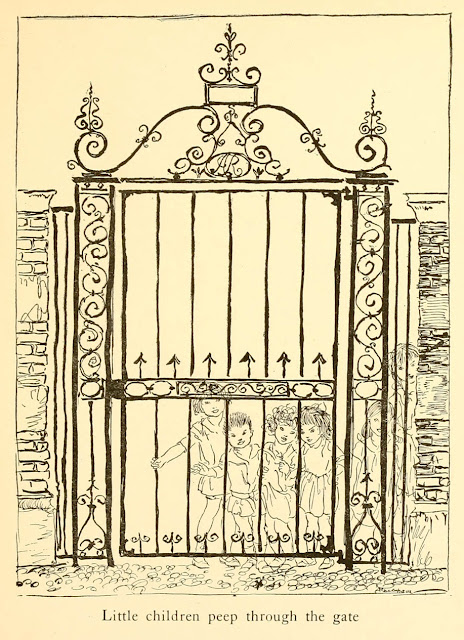 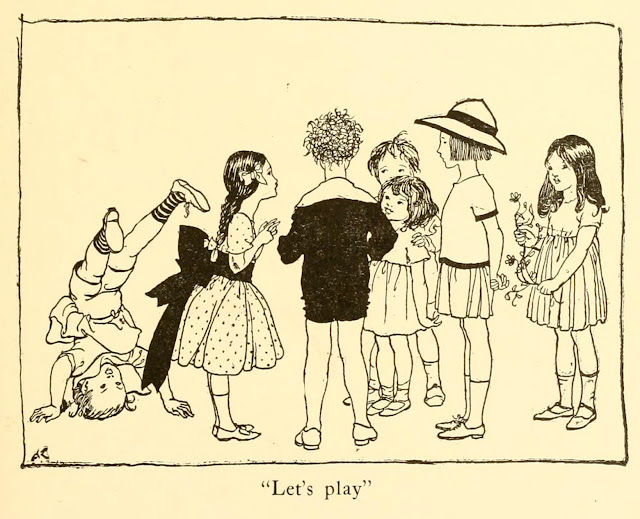 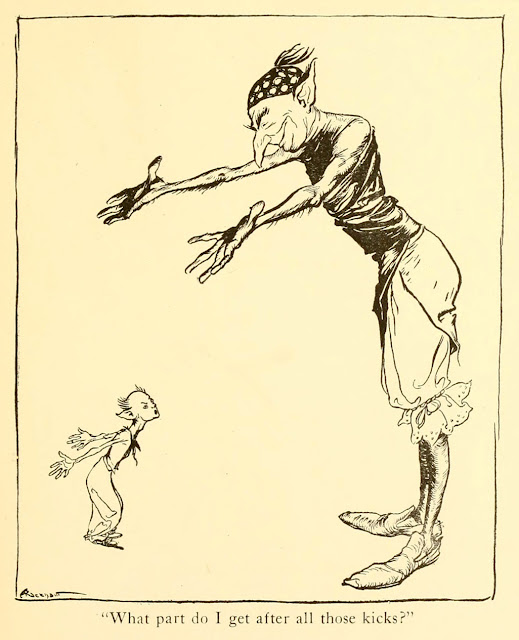 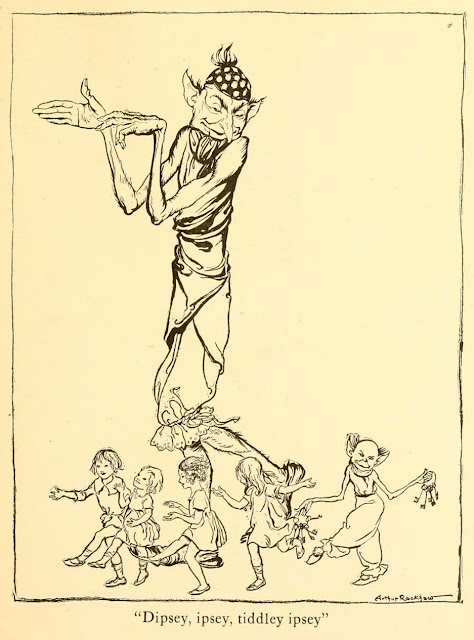 I can't say I like all of the characters in this little play, as depicted by Rackham. Snickerty and the Giant, based it seems on an aspect of Rackham's own visage, do not appeal to me, but I enjoy the children, and the woman who is Spring. Rackham himself also appears as The Sandman.

Like Rackham's illustration of the mermaids in my earlier post featuring his work for the book, Imagina, I get the sense Rackham probably had a lot of fun creating these images, perhaps relaxing his exacting standards to capture a purely playful quality. There must be satirical or ironic significance to the illustration of the great Cornish ogre. All of the illustrations capture great expression, characterization and movement.

Dance of Spring  is my favorite, and the woman in Spring reminds me a bit of the bewitchery the viewer experiences, as in viewing Rackham's characterizations of Undine, though Spring is more mature and the two women look nothing alike. I'll be featuring and discussing my favorite illustrations from Undine in a future post.

Click each image for great detail.
Posted by Art of Narrative at 2/23/2012